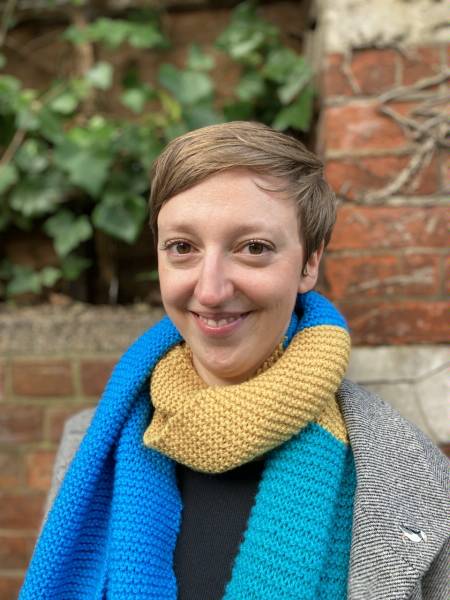 I am a part-time lecturer in the School of Performance, having joined LSBU as a permanent member of staff in September 2017 after four years teaching on the course as a Visiting Lecturer. I teach theatre-making modules as well as theory-based modules, and I also supervise the research and practical work of our third years students. I also currently co-supervise two PhD candidates.

Alongside my work at LSBU, I am a practitioner with a decade-long career as an artist, performer and musician. I am co-artistic director of performance company She Goat, as well as a long-time member of theatre company Little Bulb Theatre. In April 2022, I was part of the team that won the Olivier Award for Best Family Show with Wolf, Witch, Giant, Fairy. I have also made solo work.

Recent research projects include: a R&D residency at Ryerson University, Toronto, in collaboration with Michael F. Bergmann, on exploring low-fi intimate VR experiences; an exploration of representations of love on stage through the use of voice, based on The Undefinable, a piece I co-authored in 2019 and re-worked as an audio-only work in 2020.

My practical work has toured the UK and internationally, to critical acclaim, including: Soho Theatre, Battersea Arts Centre, The Shed at the National Theatre, Millenium Centre Cardiff, Salzburg Festival, Brisbane International Festival, Edinburgh Fringe, Southbank Centre, Folkestone Quarterhouse, Bristol Old Vic, Royal Opera House and CBeebies. It has been reviewed and featured in publications including The Times, The Guardian, Time Out, The Wire and the BBC. I was a Creative Partner Sounding Board member at Battersea Arts Centre until May 2021.

I also work as an academic and specialist translator from French into English and English into French.

Teaching and assessing on devising and performance modules, as well as theoretical modules. Supervision of Indecent Professional Practice projects.

Teaching and assessing modules including: performance studies and history of modern dance.

Advisory Board Member for the AHRC-funded project ‘Aural/Oral Dramaturgies: Post-Verbatim, Amplified Storytelling and Gig Theatre in the Digital Age’