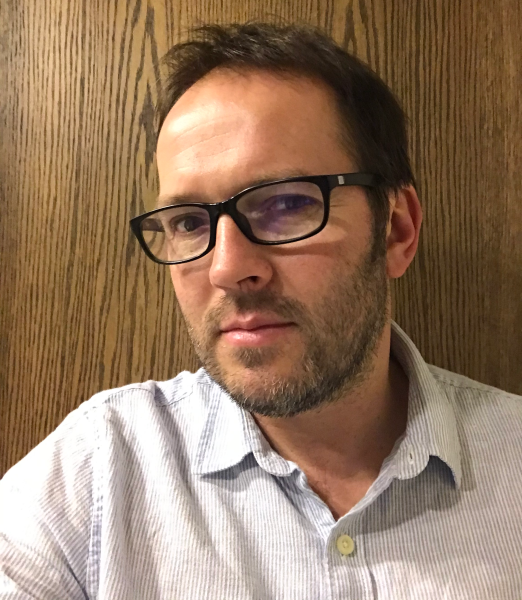 I am Course Director for Human Geography at LSBU. My research, which informs my teaching, examines how relationships between identity and landscape are constructed and contested in popular music, film and painting. I have an interest in how place, memory and belonging are shaped by, and subsequently shape, different forms of creative practice.

I joined LSBU in 2017, where I am the Course Director for, and a Senior Lecturer in, Human Geography. I also teach on the Urban and Environmental Planning, Tourism and Hospitality Management, and Events and Entertainment Management degree programmes.

Before moving into academia, I was Director of the Mercury Music Prize for Album of the Year for more than a decade.

My research has a cultural and historical geographic emphasis and is focused on the UK, North America and Japan. It interrogates relationships between landscape, identity and representation, especially in relation to popular music. Unifying my research is a recurring interest in how creative practice responds to and subsequently shapes notions of place, memory and belonging across a variety of settings. Recently, I have developed an interest in geographical concerns surrounding early twentieth century Canadian landscape painting, a research passion that has resulted in me delivering papers at international conferences in London, Montreal and Grenoble.

My PhD, ‘Songs of the City: Geographies of Metropolitanism and Mobility in the Music of Frank Sinatra and The Blue Nile’, examined how those two acts' music and actions spoke to debates on urbanism, creativity, gender and representation. This doctoral research, with its close reading of creative texts and a foregrounding of the contexts from which they emerged, has informed my subsequent work, including ‘Underground, overground, wandering free: flânerie reimagined in print, on screen and on record’ (2014) and ‘Rethinking music geography through the mainstream: a geographical analysis of Frank Sinatra, music and travel’, which was published in Social & Cultural Geography in 2019.

My interest in connections between music, cities and mobility led to me being interviewed in 2019 by TRT World, the global Turkish TV network, to commemorate the 40th anniversary of the the Sony Walkman. I have also been interviewed on music related matters by outlets including: CNN, BBC TV, BBC Radios 1,2,4,5 Live and 6 Music, the BBC World Service, Channel 4 News, Sky News, IRN, The Guardian, The Independent, Village Voice and Rolling Stone.

The Guardian: A passion for Japanese pop makes studying fun for the Director of the Mercury Prize (Oct 2006)

The Independent / Belfast Telegraph: The night of the unknowns (Jul 2008)

Rethinking music geography through the mainstream: a geographical analysis of Frank Sinatra, music and travel (Sep 2017)