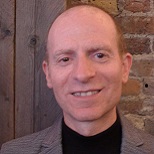 My research is broadly concerned with finding new ways to theorise the digital image in cinematic contexts. More specifically this involves exploring the relation between affect, memory and politics in contemporary cinema, together with the critique of materialist and phenomenological positions.

Other strands of my research focus on the aesthetics and politics of Italian post-second world war cinema, in particular the passage from Neorealism to Art cinema in the 1950s and 60s, and the exploitation genres of Italian grindhouse and horror in the 1970s.