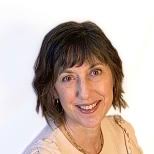 I am the Head of the School of Performance at London South Bank University where I lead a thriving performing arts department. My research focuses on theatre industry collaborations which develop inclusive, artistic projects at the intersection of education and professional theatre. I have developed a range of innovative partnerships with acting training institutions and theatres, both nationally and internationally. My work seeks to create a critical, performative pedagogic framework for artistic exploration, derived from the methodologies of theatre and drama.

My research is primarily practice-based and includes the following:

Blood Wedding: (Dramaturge)A bilingual theatre adaptation of Lorca’s famous play co-created with Transforming Arts Institute, Madrid, and performed in Madrid and London in 2018 and at the International Youth Arts Festival 2019 where it won the Audience Choice Award.

Crossing Borders: (Director) A co-created production with Ryerson School of Performance, this new play interrogates the migration stories of Japanese-Canadian and British-Iranian families. Premiered at the Massman Theatre, LA in 2018, toured to the Parados Festival, Toronto 2018 and the International Youth Arts Festival, 2019.

Mind the Gap!: An intergenerational theatre project developed in partnership with the New York Theatre Workshop and Southwark Playouse, performed at Southwark Playhouse in 2017 and 2019.

Sound and Fury (Director) devised in association with Volcano Theatre, premiered at the Shanghai Arts Festival 2013

Bacchaefull (Performer/researcher). A research and development project for Dirty Market Theatre's award winning production of an adaptation of Euripides' The Bacchae, London 2008