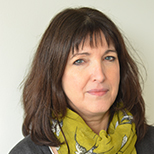 My research has focused on visuo-spatial processing in typically developing infants and in developmental disorders, including Williams syndrome, Down's syndrome, and Developmental Co-ordination Disorder. More recently I have developed research projects on adoption and looked after children, and have several funded projects on reducing the awarding gap in higher education.

My research has focused on early development in genetic disorders, and how these change over time. For example, face processing, which is thought to be good in adults with Williams syndrome, appears to be impaired from very early in life. Meanwhile, attention, which is thought to be poor in Williams syndrome adults, is seen to be impaired from infancy, but not necessarily in the same way. These findings highlight the importance of investigating disorders early in life, to establish appropriate interventions.

Attention and perceptual grouping in development

In a number of papers with colleagues and PhD students, I highlight the importance of attention in development, such as in the atypical disengagement of attention in children with Developmental Co-ordination Disorder, and in the development of perceptual grouping in typically developing infants and infants with Williams syndrome.

Focussing on the impact of transitions on children who are adopted, I am developing a body of work to inform modern adoption practices.

Previous work includes projects to develop or evaluate peer mentoring and personal tutoring programmes, and more recently I have been awarded funding for several projects on reducing the awarding gap in Higher Education.