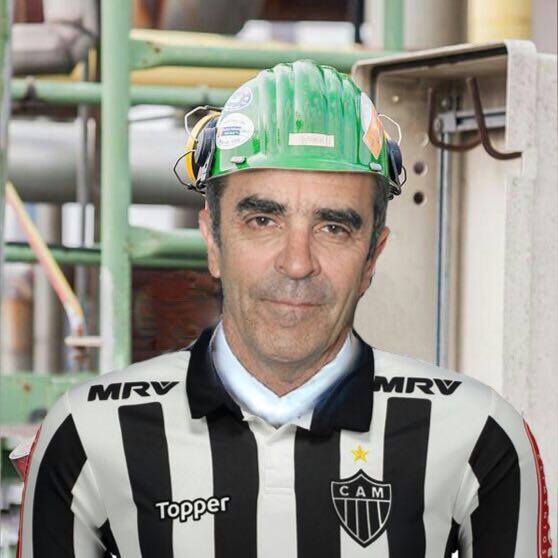 I worked for over 40 years on different aspects of the built environment, especially urban development, the local economy, livelihoods and health. Joined the London South Bank University in July 2020, after the United Nations’ International Labour Office since 2004. At the ILO I was involved in many construction and urban-related activities including the UN Summit on Housing and Urban Development, and the design of the New Urban Agenda.

Started my career in the 1980s in field activities such as territorial planning and upgrading of low-income settlements, and moved on to academia, private consultancies, public sector

Research included an MPhil (by instruction) and a PhD (University of Sussex and University College London, UK), plus professional research and teaching at British, Brazilian and Italian universities and the Woodrow Wilson International Center for Scholars (USA). This entailed production of in-depth knowledge about urbanism, from different perspectives, such as, inter alia, management (University of Sao Paulo), business development (University College London) environmental health (London School of Hygiene and Tropical Medicine). Several articles, books and book chapters were published, including award-winning ones (e.g. O. Koenigsberger Award for Best Article of the journal Habitat International 1996. Honors mention for two articles in the Jorge Hardoy Prize (later published in 2000). Co-author of a chapter in the edited book which won the British Medical Association’s Prize for Best Book 1997). Work at the UN (1998-2004) also included research (action-oriented) and substantial work with enterprise.

Work at the ILO has been multifaceted, from upstream policy advice and negotiations (e.g. the multi-year process leading to Habitat III) to programmatic work and technical backstopping of projects throughout the world. Types of operational projects included promotion of urban livelihoods, promotion of the urban economy in general, strengthening of value-chains, post-disaster relief combined with DRR.

Development of tool-kits and courses for ILO’s Training Centre in Turin (e.g. https://www.ilo.org/sector/Resources/training-materials/WCMS_190918/lang--en/index.htm).

Extensive participation in the exchange and production of knowledge about post-disaster recovery and DRR with humanitarian agencies based in Geneva (meetings and workshops) and elsewhere (online). E.g. Global Alliance for Urban Crises, Shelter Project, etc. E.g. https://www.alnap.org/upcoming-events/labour-and-livelihoods-in-urban-humanitarian-response-urban-webinar-10;

Since May 2017 to 2020 I have been based in Mozambique – still with the ILO. This has included hands-on work, which meant a full professional circle (as I started my career with hands-on work). I gained a lot of fresh experience being again in the field after many years of supervisory and managerial work. At the same time, the work in Mozambique has also included upstream advice to the massive reconstruction process (after cyclones Idai and Kenneth) as well as political negotiations and office management.

The work at UNDP/UNV was mainly the design and implementation of a portfolio of urban and environmental projects. Some of such projects received international awards, including a Sasakawa Certificate of Merit for Disaster Reduction (2002). This period also entailed upstream policy negotiations (e.g. UN Summit on Sustainable Development, Johannesburg, 2002).

Production of in-depth knowledge about construction and urbanism, from different perspectives, such as, inter alia, management and business development (University College London). Several articles, books and book chapters were published, including award-winning ones (e.g. O. Koenigsberger Award for Best Article of the journal Habitat International 1996. Honors mention for two articles in the Jorge Hardoy Prize (later published in 2000). Participation in Habitat II (1996). Consultancies for World Bank, UNRISD and others. Visiting Fellow at the Woodrow Wilson International Center for Scholars (USA).

Production of in-depth knowledge about urban health. Consultancies for ILO (OSH) and WHO. Several articles, books and book chapters were published, including award-winning ones. Co-author of a chapter in the edited book which won the British Medical Association’s Prize for Best Book 1997). Visiting Fellow at turin Polytechnic.

MPhil (by instruction) and a PhD (University of Sussex and University College London, UK). Teaching at DPU / UCL. Design of research proposal and LSBU.

Direct on-site & project activities which included, inter alia, community upgrading in Brazil and architectural designs in Mozambique. In parallel, participation in a study group on environment-friendly technologies, with the publication of the first book.

I did part-time internships on urbanism and construction during my university years. The last internship (Planning Dept. of Federal University of Minas Gerais) led to the first professional job in the same place.

Member of editorial board of Habitat International

May 2017
University of Westminster
Visiting researcher

- Author of a (UNV) project in Yemen chosen as Best Practice in the Dubai Awards (2004).

- Co-author of a (UNV) project in Guatelama which received the Certificate of Merit of the Sasakawa Award, sponsored by the International Strategy for Disaster Reduction (UN/ISDR) (2002).

- Co-author of a (UNV) project in Brazilm which received a prize for innovation from Brazil's NGO Comunitas, sponsored by the National Bank for Social Development (2002).

- Author of a (WHO) project in Cox’s Bazaar (Bangladesh) chosen as Best Practice for the Hanover 2000 International Exhibition.

- Author of two articles which won Honors Mention at the Hardoy Prize (1999), published in Habitat International in 2000.

- Co-author of a chapter in the edited book which won the British Medical Association's Prize for Best Book (1997).

- Winner of the Otto Koeningsberger Prize for Best Article of the year in the journal Habitat International (1996).

- Awarded the Deans Scholarship of the University College London for the Ph.D. programme (1991/2).

Info in the internet

Application of research at the United Nations