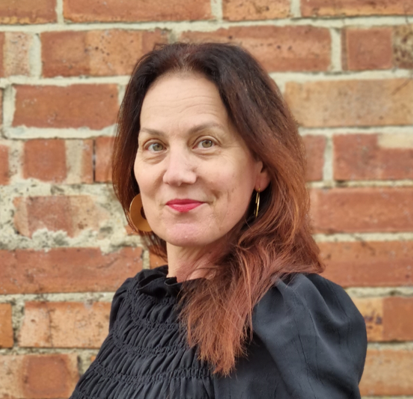 I am a Professor and Head of Division for Architecture at LSBU. I am an architect and academic with over 25 years experience of working in a university (including architecture practice) gained in the UK (London, Oxford and Plymouth), China (Suzhou), Germany (Münster) and Australia (Brisbane and Melbourne).

My three key areas of research are 1) the social production of architecture; 2) architecture and media (focusing on publishing and filmmaking) and; 3) architectural labour, neoliberalism and sustainable ecologies. I study architecture from transdisciplinary perspectives to determine the conditions in which architecture is, and architects are, socially, culturally and economically produced. My books include: 'The Politics of Making' (2017/2007); 'Transdisciplinary Urbanism and Culture' (2017); 'Architecture Filmmaking' (2019); 'Visual Research Methods in Architecture' (2021); and 'Spaces of Tolerance' (2021), and ‘Work-life Balance in Architecture’(due out soon).

I am Chair of WIA (Women in Architecture) UK, was a member of the Executive Committee and Secretary of the Society of Architectural Historians, Australia & New Zealand (SAHANZ), and Chair of the Architectural Humanities Research Association (AHRA. I remain an AHRA Steering group member. In AHRA, I initiated and founded the inter-disciplinary award-winning journal, 'Architecture and Culture' for which I have been editor-in-chief since 2013. I have given invited keynote addresses and lectures in Leeds, Manchester, Bristol, Copenhagen, Karlsruhe, Melbourne and have been interviewed on radio.

Throughout my academic life I have supervised 100s of dissertations at undergraduate and postgraduate level, and some have won awards. I am a supervisor of PhDs and PhDs by Design and have supervised PhDs to completion, so I welcome potential PhD students reaching out to me. I have examined PhDs in Ireland, Australia, Portugal and the UK. I am an External Examiner at the University of Westminster and have examined Part 2 courses at the University of Sheffield, and Birmingham School of Architecture. I was an invited juror for The Council of Editors of Learned Journals (CELJ) and the Royal Institute of British Architects (R.I.B.A) (Dissertation) prize and was recipient of a Research Excellence Award in 2017.

In 1996, I became a registered architect in Australia. In 2008, I cofounded Original Field of Architecture (OFA) in Oxford with my husband, Andrew Dawson. I began co-teaching studios with Andrew Dawson in 1998. We have two children, Lola and Valentino.

The Queensland University of Technology, Australia

The Queensland University of Technology, Australia